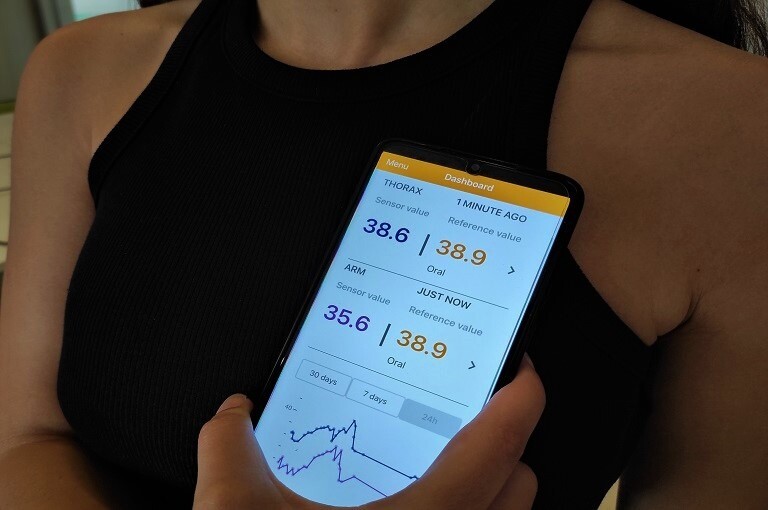 Can you imagine paying in an establishment by swiping your hand over the dataphone? Receiving real-time updates on your health status on your smartphone?

While there are already many ways to carry NFC technology from credit card, smartphones and wristbands to pay, the reality of NFC implants in the human body is pointing ever stronger. Countries such as Sweden have been using this technology for years for healthcare and work use and it is estimated that more than 5,000 people now use it daily.

Contrary to what many people believe, NFC implants are safe and not at all harmful to humans, on the contrary, they try to provide a much healthier lifestyle thanks to the data they collect. Undoubtedly, they are the best option for those who want to make the most of their technology and be at the forefront of their conveniences.

Implantable technology has great advantages: unlike the equipment we carry in our purse, pockets or around your wrist, implants can never be lost. This means they can be used to replace, for example, badges, magnetic cards and, most importantly, portable health devices.

The pioneers in using NFC implants was Epicenter, a Swedish company that allowed its workers to wear these chips to identify them when clocking in, passing through access controls, using the printer or buying from the office vending machines. “The implants are a very versatile technology that can be used for many different things, such as having the covid passport always accessible on an implant,” explains Epicenter’s disruption manager Hannes Sjoblad.

The Swedish state-owned railroad line SJ also started scanning the hands of passengers who had biometric chips implanted. In this way, customers can perform actions such as buying the ticket directly on the network and from an app load the ticket onto the chip itself.

Those who seemed “crazy” in Spain, from Interaktell we decided to bet on them. Juanjo Tara is one of its founders and he saw it clearly from the beginning: “First came desktop computers, then laptops, now mobiles and wearables. Next will be implants,” says Juanjo.

The company, DSRUPTIVE, has sold around 10,000 devices, at around 200 euros, all over the world, in countries such as the United States, England, Japan, Sweden and Denmark, in just two years. In Almeria, if someone were to have it implanted, they could use it, for example, to enter the EgoSport Center gym, the PITA facilities and “anywhere where cards are used for access”.

The main feature of DSRUPTIVE is to enable secure, inexpensive and easy reading of vital parameters in any environment. The user simply swipes their smartphone over the implant and the app records their body temperature within seconds. This simple gesture provides the user with personalized reports, advice and guidelines for improving health.

However, the utilities of this large-scale chip are attracting the attention of more and more companies. DSRUPTIVE will be able to recognize, for example, the onset of a pandemic, whether the body temperature of the population has risen in general, or to detect whether workers in a company are suffering from excessively high temperatures.

It consists of small glass capsules equipped with sensors that are injected under the skin and the procedure is quick and relatively painless and must be performed by piercing or implant specialists.

The implants are passive devices, which means that they do not have batteries but are activated through the NFC antenna of a smartphone. They cannot transmit or receive information unless they are activated with a specific phone that is paired with the implant. And one of the main concerns of its founders, in addition to security, is respect for users’ privacy. “We want it to be activated when the user decides, so that he or she does not lose control of the technology. We have a series of ethical values that we don’t want to pass“, says Juanjo Tara.