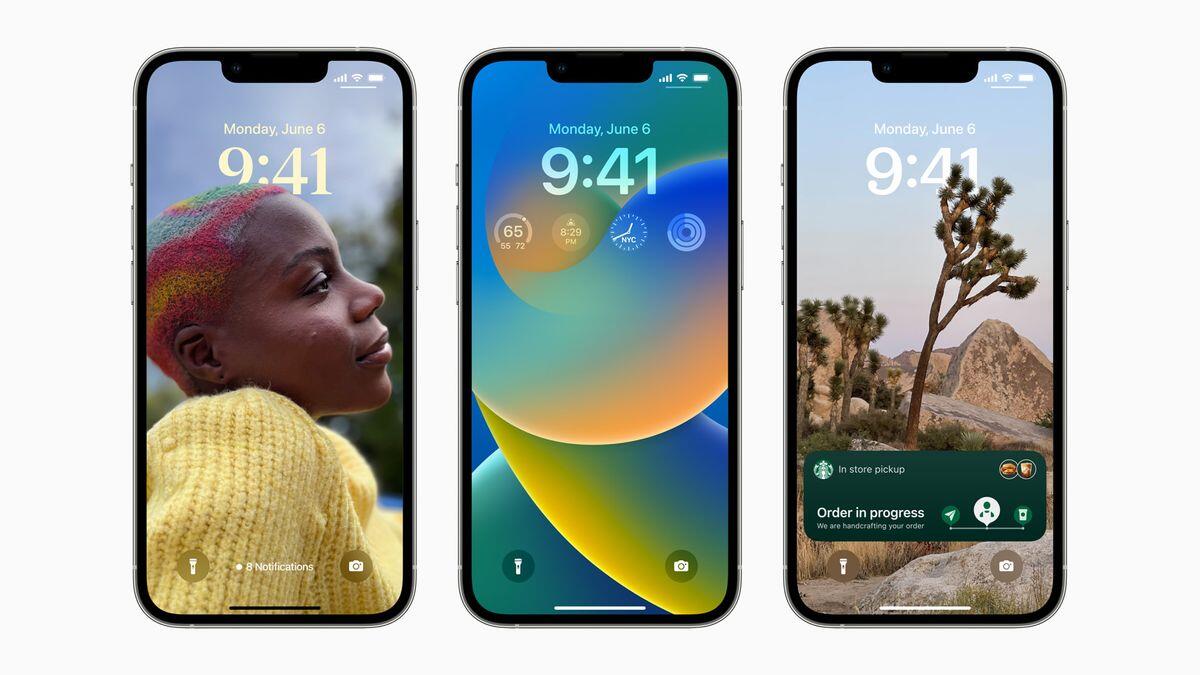 The new iOS 16 features are set to offer greater connectivity across all Apple devices, improving the overall iPhone user experience, however, there will be a bit of a wait before the new system hits the screen.

The new iOS 16 features are set to offer greater connectivity across all Apple devices, improving the overall iPhone user experience, however, there will be a bit of a wait before the new system hits the screen. At its WWDC 2022 conference, Apple has confirmed that the operating system will debut over the summer, starting with a public beta that will soft-launch a host of new iOS 16 features.

As with all OS updates, the new iOS 16 announcement sees Apple take a bold new framework into the next generation. This time, the lock screen and device settings have received an update, with a number of new features coming into the fold. As far as new iOS 16 features go, there’s a lot to check out, from message updates like Delete and Edit to different ways to keep your dashboard tidy.

From now on you can customize your screen

For iPhone users, WWDC 2022 offered a number of new-fangled features and designs, the most pertinent of which revolved around the lock screen. During the event, Apple announced that it was giving the iPhone lock screen its “major overhaul” with the release of iOS 16, granting greater customizability on the digital dashboard.

As part of the revamp, Apple has introduced a new gallery on the lock screen, where photo subjects are placed in front of the time on the lock screen, creating a sense of depth. You can also change the look of the date and time with new font styles and color options, along with widgets that draw inspiration from Apple Watch complications. Like the wearable device, your iPhone’s lock screen can now display upcoming calendar events, weather, battery levels, alarms, time zones, activity ring progress and more.

“iOS 16 is a big release with updates that will change the way you experience iPhone,” said Craig Federighi, Apple’s senior vice president of Software Engineering. “We’ve reimagined the look and feel of the lock screen with exciting new features that make it more personal and useful, introduced iCloud Shared Photo Library for families, streamlined communication through new capabilities in Messages and Mail, and leveraged improved intelligence with updates to Live Text and Visual Look Up.”

The second major update in iOS 16 has to do with Apple’s messaging system, as the tech giant introduces a number of new features to the iMessage platform. According to the brand, iMessage will now offer a new delete and edit feature as part of iOS 16, which will allow users to edit and unsend already sent messages. This feature could put an end to embarrassing autocorrect situations, giving users more control over their digital communication, and not only that: deleting and editing will also allow users to mark individual threads and messages as unread, so they can park a conversation and come back to it later.

CarPlay boots up as an in-car operating system.

Apple’s entertainment dashboard, CarPlay, has received a monster boost at WWDC 2022, with the tech giant confirming that the next generation will integrate more sharply with a car’s hardware. With iOS 16, CarPlay is now capable of providing content for multiple in-vehicle displays, with users able to do things like control the radio or change the weather directly through CarPlay. In addition, Apple has confirmed that CarPlay will seamlessly display speed, fuel level, temperature and other data on the instrument cluster. It will also be possible to customize the instrument cluster layout and add widgets. There is not much information on when this will land, however, Apple said more information will be shared in the future, and vehicles will begin to be announced late next year.

Another iOS 16 feature, iCloud Shared Photo Library  allows users to share photos with a separate iCloud Library, where up to six users can collaborate, contribute and enjoy. Better yet, one can choose to share existing photos from personal libraries, or share based on a start date or people in the photos. To make the sharing experience even easier, Apple has also introduced a new button in the Camera app that allows photos to be sent to the Shared Library automatically.